The box office was pretty tepid this week, but lucky for Hollywood PR types, they can use the Hurricane Irene roadshow to cover their losses. While the hurricane probably took a nice chunk from the overall box office, I doubt it did much to change the order of films vying for the top.

The Help was the winner for the second week in a row, turning into the powerhouse film everyone wanted it to be. This should do nothing but help Oscar buzz, as it will cross the $100 million mark next weekend (if not this week). 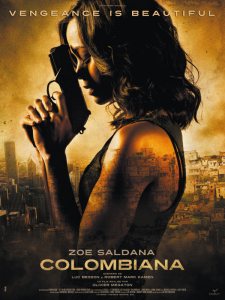 Colombiana was the most successful debut this week, taking in $10.3 million and claiming second place. I remember thinking the preview was interesting, but until now I forgot this movie even existed. Zoe Saldana seems like she is trying to build her name as an action star, and it may be working.

Coming in third with $8.7 million was Don’t Be Afraid of the Dark, the supernatural horror/thriller that used Guillermo del Toro’s writing/producing credit to maximum impact in the marketing…which turns out wasn’t much.

The other new debut was Our Idiot Brother, the Paul Rudd-headlined indie, which came in fifth place. It didn’t seem like it found an audience, making only $6.6 million, yet the film is already a financial “success,” gaining back it’s paltry $5 million budget.

Overall, none of the weekend’s new films were ever going to be major hits, and for now, we continue to lumber through the transition to fall’s strong roster of Oscar contenders.